INTERESTING REAL CHEQUE/CHECK STORY & CTS - HAS THIS HAPPEN TO YOU? PART II 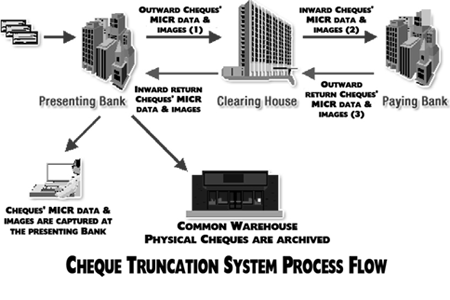 After our first article on this topic, in this article, we will share what kind of supporting evidences is essential in these situations.

Due to the current covid climate, and  tiredness from travel prior to it, we forgot to take a picture of the issued cheque/check, which we usually do in these situations. For that reason, we reached out to the payee (presenting bank) bank in this regard. When we first requested a copy of the check/cheque, we got all kinds of answers such as, "the amount is now in this bank - don't worry about it" etc. Anyways, we kept on insisting on getting a copy of the check/cheque to make certain that the payee name was clearly and appropriately written. Moreover, we still had our online and physical passbook statements showing the wrong payee name. In this day and age of Covid-19 where cyber crimes, and bank/ATM frauds have supposedly increased and various news articles have suggested potential increase in unethical business conduct, we prefer not to have any unknown payee name in our bank statements, which led us to reach both the banks to rectify this mistake. The payee bank initially asked us to contact the payer bank and vice versa. Later, we were informed that the paying bank//payer bank also supposedly submitted an internal CTS complaint, as we were informed. However, we also got some level of resistance from the payer/paying bank to address the wrong entry in the passbook mentioning that there is no way to address the wrong entry. Then, we got one more answer stating that the transaction happened the previous month, and can't be rectified.

Where are we right now?

After repeatedly insisting to both the banks to address the entry issue, we received an email from the payee (presenting) bank that included a copy of the cheque/check in an image format. As soon as we received this one, we shared this info with the payer/paying bank for their records, as we were informed earlier that they don't have access to this image. Further, though a complaint has been filed internally at the payer/paying bank, we still did not hear any further information in this regard.

What other steps did we take?

To show the importance of correcting the wrong entry, when we were met with resistance initially, we shared supporting documents from the central bank website that clearly stated the need to rectify such wrong entries immediately upon bringing to bank's attention.

Section of the email sent to the Payee Bank Manager:

"To the Manager:
Thanks for meeting up with me in person today, and for offering to take necessary action in the near future by emailing relevant decision-making groups to rectify the passbook entry issue. As mentioned during our meeting, my request is in alignment with what has been stated in the RBI. Moreover, it is better not to have an unknown payee name in our passbook for our own security purposes.
I am also sharing two RBI links that share the importance of rectifying such issues immediately."
1. https://www.rbi.org.in/commonman/Upload/english/Content/PDFs/RajuAndSkyladder.pdf
2. https://www.rbi.org.in/scripts/NotificationUser.aspx?Id=6043&Mode=0

Section of the email sent to RBI Personnel:

"Coming to the cheque issue, I had issued a cheque to open a current business account of ours at a different bank that also happened to be in ####. Being a business account, we were assigned a relationship manager, who assisted us in this process. This individual was careful to make sure that the cheque in use being a CTS cheque and also confirmed the payee name, considering that it is a new account.  However, upon processing the cheque, we received a sms that included a wrong payee name. Fortunately, we noticed the message on time and immediately informed both the banks, which resulted in share capital showing up in the receiving bank on time. At the same time, the passbook entry at the withdrawing bank still showed the wrong payee name. We are working to address this issue by following up on a regular basis with both the banks. We also shared  references cited in the RBI website showing the importance of rectifying such wrong entries when the bank personnel showed reservations on making a change to the entry.
With regard to the cause for this error, as per what we were informed, this issue might have occurred at the RBI cheque processing centre. May I know how this issue could have happened, considering the CTS implementation happened to reduce the occurrence of such discrepancies? I would also like to add that ############, who has never gone through such an experience, this entire episode has caused great anxiety, and unnecessary wastage of time and efforts.
I look forward to a response in this matter."

What answers did we receive from various bank/financial personnel?

Why did we opt for a check/cheque during these mobile banking days?

Being a new account, we had to issue a check/cheque to fund the account. Since then, all of our transactions involved mobile/net banking, which supposedly is expected to leave a better transaction trail than the paper format.

This is not for or against any President, but solely based on facts. There are several aspects to this discussion:

This is not for or against any President, but solely based on facts. There are several aspects to this discussion: 1. Comparing savings return to stock market return is like comparing apples to oranges. Savings based returns is to secure the lifelong savings, and is directed toward individuals averse to risks, and preferably, for those individuals who believe in their hands-on work and knowledge. 2. When it comes to stock market, doubling in five years means that the rate of return is around 14% annually, whereas the GDP of the country and the world is growing at 0 - 5% at most. This kind of returns mismatch is the primary cause for repeated stock market crashes in the recent years with a smaller fraction of the population prospering at the expense of the majority. There are real stories of people reeling still trying to recover from the 2008 crash. 3. Moreover, with globalization combined in tandem with consumerism, these returns are also largely tied to consumerism around the globe,

This is how our founder's credit score stacks up over the years. Please note that there are billionaires out there, who have filed bankruptcies repeatedly, which in a way should result in lower credit scores based on the method in place. However, for someone who would like to be financially disciplined, you could retain high scores by managing your finances in an effective manner.  As you can see, our founder never missed payments once during these 22 years even when he was a graduate student. In terms of net worth, our founder could have been worth a lot more, if not for some challenging experiences that limited and stunted his career and financial growth for no fault of his. Anyways, it is what led him to start his own organization. Thanks to all those for making this happen. By the way, it is interesting that our founder received a letter from one of the credit card providers that his credit limit was brought down for managing his finances effectively. I gue